📸Pictured: Kate full of pure joy (and about to

Would anyone else rather be absolutely anywhere, b

How did you spend your long weekend? ✨ Here I wa

The past 7 days have been BUSY! I’ve been trying

What a way to kick off the weekend! I finished up

Everything ends, but some things don’t even get a chance at a proper start.  Grown men need to learn to communicate rather than “ghosting”.  This is the story of my devilishly handsome, mysterious, and insanely cowardly rebound.

My Most Recent Ghosting Experience

I recently went out with a man who I thought was interested in dating casually.  As I was fresh out of a relationship, I figured he planned on getting to know me over time.  It’s also fair to assume that he was seeing other women throughout the first month of what I’ll call our “courtship”.  Tinder is like window shopping, and I had a brand new account.  We saw eachother 4 times that first week, which was a little intense for me.  It was also pretty similar to my last relationship.  Co-P was in a new Facebook relationship a mere 11 days after he and I split.  That’s such a shady look.  Perhaps he shouldn’t have cheated if he knew he’d get so butthurt about our break-up.  I wasn’t in a place where I felt I needed to “win” the break-up.  I want to wait until I actually know someone before determining I’ll be spending my valuable time with him alone. 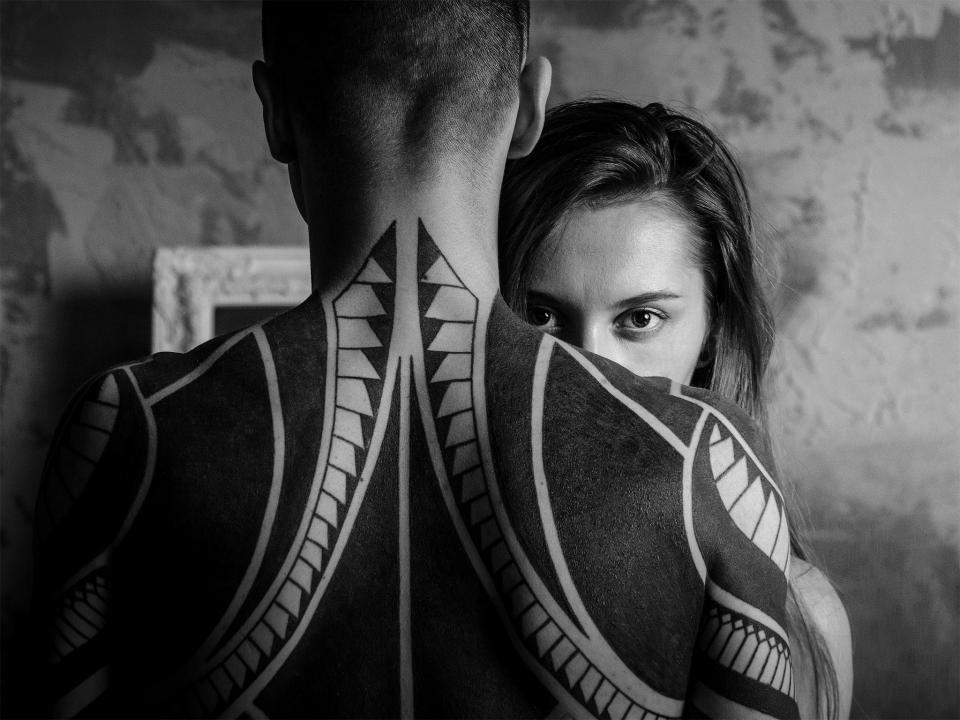 So, rebound and I had some really nice dates.  We went to some of my favourite spots in Itaewon as he was new to the city.  A friend of mine came along on date #1 (what I call an “audition”), and his boss met up with us later that day.  He joined me for a restaurant review and asked that we spend the next night “just us”.  He held my hand in public and let other males around us know through physical cues that he was the alpha and I wasn’t going to entertain their advances.  By date #3 he told me he didn’t want this to just be a fling.  After that, I started to get the silent treatment.  He’d go incommunicado for days, then blow up my phone with cute selfies and videos.  We both left Seoul for the long weekend, but were in touch the whole time.

When he got back home, he called me via video chat.  He cracked a joke at one point, so I laughed.  He told me that’s all he ever wanted.  All he wanted was just to make me laugh and smile.  The line was delivered with such innocence and fluidity I almost believed it.  I rolled my eyes and that’s when he said the one thing that surprised me.

“I’m confused.  You’re the cool one in this situation.  I’m just trying to keep up.”

My bullshit-o-dometer was whizzing out of control.  That’s when he told me he had the next 10 years of his life planned out.  Where was I going to fit in?  It’s nice to have a casual, physical relationship, but what were we and what happens next?  What about the “dot…dot…dot…”?  After I told him it was a little early to be having this conversation, I suggested getting together on the weekend.  He agreed, with the caveat that now (after nearly a month of knowing one-another) was the perfect time for this serious discussion.  After that?  Radio silence…was he seriously ghosting me after trying to lock it down on freaking FaceTime?

Gentlemen, you know exactly what kind of shitty human being you are when you consciously decide not to pick up calls or respond to messages.  Nobody is too busy to make plans with someone they like.  When a man is interested in a woman, he’ll move Heaven, Earth, a board meeting or a boys night to see her.  When you’re ghosting, you’re avoiding responsibility because you’re too chicken shit to have an actual adult conversation.  Everyone gets anxious when it comes to potential confrontation.  You owe it to the other person to provide a proper conclusion.  I’ve said it before and I’ll say it again: to get what you want you have to communicate. 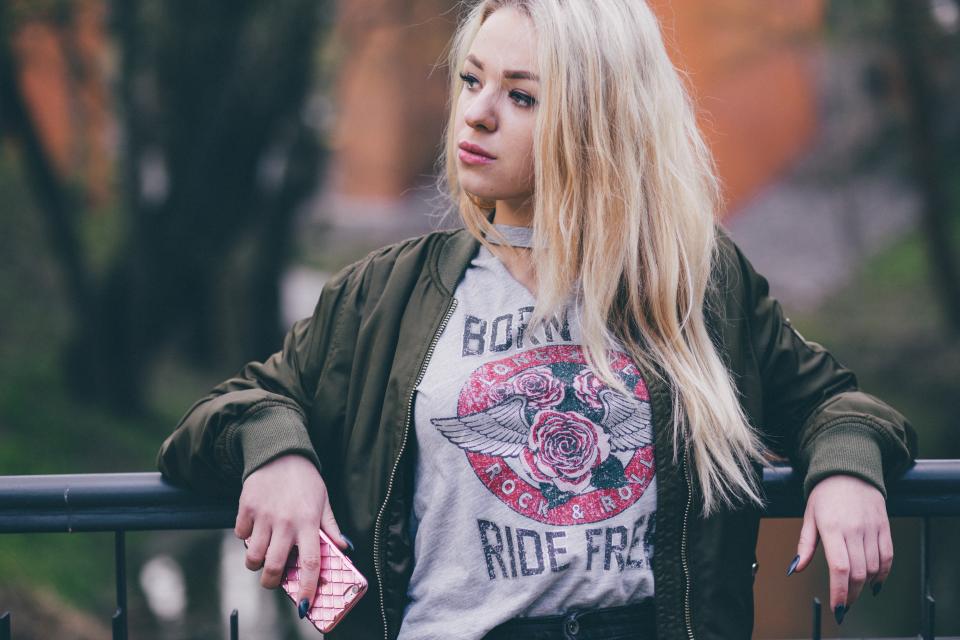 Ladies, here are some of the reasons why he’s ghosting you:

He’s Not Looking For Commitment

This guy will flip his shit at the simplest “how was your day?” text.  It doesn’t matter if you’re looking for a serious relationship or casual tail.  He wants no strings attached and assumes you’re hunting for a ring.  Drop the dud and play the field.  He’s not worth your time.

I always say that Tinder is like window shopping.   Men can certainly make the most of a shitty situation.  In fact, a lot of guys I know actually exclusively Tind while on the can.  If you’re dating someone actively perusing your replacement, he’s a turd.  Don’t let yourself circle the drain with this one.

You’re the Other Woman

I met this wonderful man last year who really wanted to take things slow and get to know me.  We went on some fantastic dates and I felt like we really started to make a connection.  Then, he started acting weird and before I knew it – he was ghosting.  It turns out his ex fiance was getting married and he just wasn’t quite over it all.  It didn’t matter that their relationship was over.  He wasn’t ready to make an emotional investment that might end with similar feelings.  This one actually came back and we were able to talk it out.  Eventually, we even became friends.

He’s Just Not That Into You

It sucks to hear, but the old Sex and the City adage is real.  He doesn’t see this going anywhere and doesn’t wanted to get sucked into an emotional conversation where he’ll have to explain why.  He doesn’t even respect you enough to have the common decency to tell you he doesn’t want to see you.  Start swiping.

You’re an Option, Not a Priority

He wants to keep you around in case he needs an emotional relationship or a late night booty call down the line.  Unfriend.  Unfollow.  Block if you must.  Move the hell along. 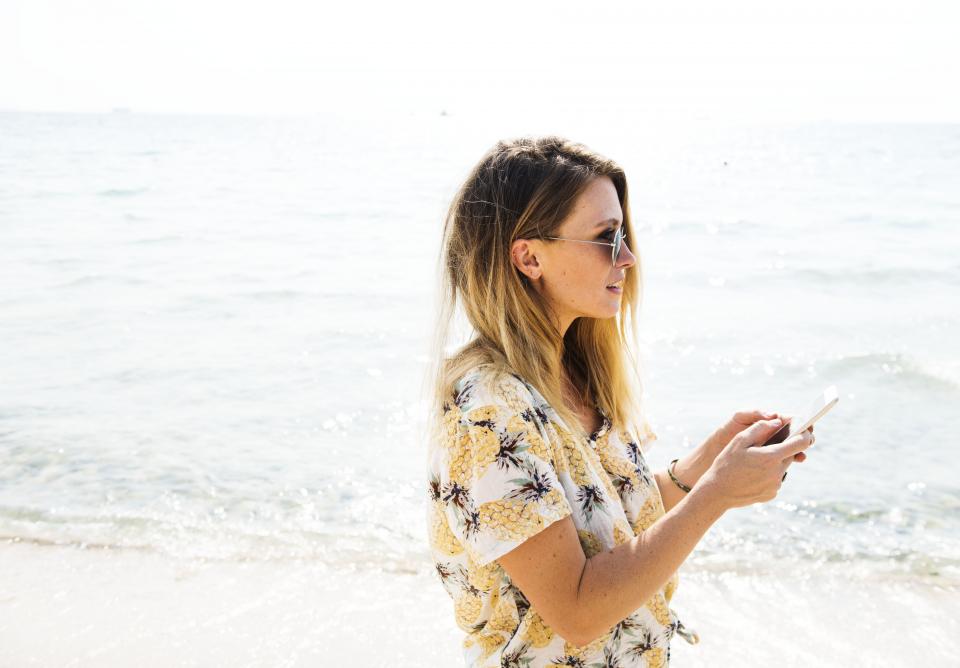 Dating is tough.  Expat dating is often tougher.  When it comes down to it, we all want to feel important and cared for.  Nobody wants to feel tossed aside.  Ladies and gentlemen, don’t willfully neglect another human.  Be kind, be gentle, and stop ghosting.  I can guarantee that a reasonable person will respond much better (and likely stop responding altogether) if you tell him or her in a nice way that you don’t want to proceed.  The calling, the texting, the passive aggressive social media posts (and lurks) will all vanish – and you won’t have to.  If you want to alleviate guilt and avoid confrontational/ emotional conversations be clear.  Stop ghosting.