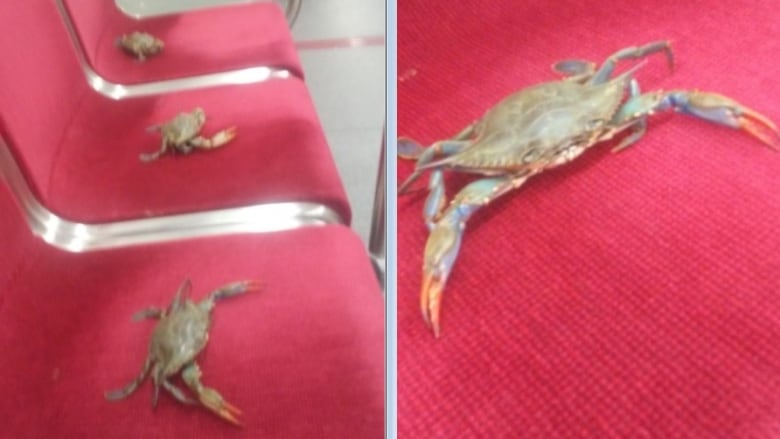 Up in the Air – Not Exactly Dating on Cloud 9

Settling back into life in Toronto hasn’t gone exactly as planned.  My career didn’t quite get off the ground the way I expected.  I just settled into a condo downtown and now have to move.  Everything’s just a little bit up in the air right now.  Dating is no exception.  Everyone at the bar is swiping left or right while in a perfectly lovely meet market.  Tinder is for hook-ups.  Bumble is allegedly for “serious dating” (sure).  Meeting people through buttoned up/ tied-down friends is nearly impossible.  I’ve now been on dates with a commitment-phobe real estate developer, a self-obsessed rocker, an UBER driver (yes – he drove me home and then we went out), a blogger who recently carbon-copied my latest post on The Toronto Seoulcialite, and a Tinder I had been out with 4 years ago.  The conversation barely changed and he definitely didn’t clue in.  Dating is depressing.  Oh – and I went out with my old calculus teacher. When you were in high school, did you ever have a crush on a teacher?  How about that hottie who wasn’t much older, but just enough that the difference in age/ power balance would have been inappropriate?  Imagine my surprise when the Facebook algorithm encouraged me to reconnect with my old calculus teacher 14 years my senior.  I can’t imagine he’ll mind my writing about this.  The probability of us meeting as we did was low, and the probability we’ll ever meet again is practically non-existent.  He was my teacher for all of 3 weeks (and change) and we bumped into one another locally and in Kingston for all of 3 minutes each time.  This round, after a lovely date, a hesitant goodnight kiss, and a few text exchanges promising to see one another again, it only took him about 3 days to ghost.  Dating isn’t algorithms or equations, it all comes down to chemistry and the space-time continuum.

While it would be lovely to meet someone who had the raw, passionate, primal masculinity of Adonis, or the “jamais seul” nature of ex-Co-P, it’s summer.  Dating in Toronto doesn’t really ever seem to be clear or direct – just derivative of our parents’ and grand-parents’ generations.  In the summer it’s the least likely time for any of that to change.  Our diluted and deluded perspectives of responsibility to one another make me believe that I’ll always be house-hurt from carrying the weight of rent completely alone.  Owning at all is a pipe-dream.  White picket fences are a thing of the past.  There’s plenty I’m tempted to try.  Did I learn anything from scratching off this bucket-list item?  Not really.  Just that I think I’ll keep my interests outside of the classroom.

We all do it.  Social Media makes it easier than ever to look up how our loved ones past and present are doing.  Are they living their best lives?  How happy are they?  It seems when I’ve finally met someone new, the ghosts of lost loves past have their interests piqued.  When I started dating my most recent ex, it breathed life into a few poltergeists.  The man I’ll probably always consider to be the first great love of my life reached out.  He said everything that I had needed and so desperately craved hearing, albeit all a little too late.  I was honest about our communication with my new partner, and he was honest (well…to a point) about his.  When I was living with the Adonis, he would call his ex while I was at work.  What did I care if they spoke?  They dated for 7 years – she was a huge part of his life and he was important to her.  She was also roughly 9,000 km away.  How much harm could she really do from that great a distance?  I think I’d be more worried if he wasn’t interested in her well-being and didn’t want to maintain mutual respect.

Waiting for the Other Shoe to Drop

In a new relationship, it’s tempting to look back on your partner’s old ones.  Are you part of a trend or are you different, special – an outlier?  Are you far enough outside the particular set of previous patterns and failures to stand the test of time?  A jealous, pissed off, or threatened woman does better research than the FBI, CIA and Secret Service combined.  When in a budding relationship I was contacted by my (then new) boyfriend’s ex stating that he had cheated on the previous two.  She told me I was becoming a symptom of a much bigger problem.  I, of course, dismissed it at the time.  He told me just enough to make it seem like we had an open and honest relationship.  I was completely transparent.  When his pattern reemerged several months later, you had better bet I quickly learned about RSS feeds, source, input, and the ease of info gathering online.  I did it because I sensed a problem.  I had an underlying insecurity about the state of our relationship.  I was waiting for the other shoe to drop, and unfortunately got more than I bargained for.

Poking Holes in More Than Just the Story

What about the longstanding current girlfriend, fiance, or even wife, though?  I mean, she’s already won.  What use is it to look back on something which ended so very long ago?  On one hand, I can see that she means no harm.  She’s just curious about our history together.  How far down the line is it normal or healthy to creep?  Why does my ex boyfriend’s current love want to know about my daily activities now when he and I ceased all contact 7 months ago?  I’m sure there’s a small part where the “winner” can take perverse pleasure in popping up and rubbing it in your face that she’s enjoying your old memories.  Is there trouble in paradise or does she just want to lord her “success” over me without ever having to exchange words?

When you’ve finally met someone new and are enjoying learning all about him, she’s there to drudge up the past.  At least when a man’s 6th sense kicks in, you might get closure.  When woman’s sick sense starts tingling, everyone just ends up shaken.  It’s better on both sides to leave well enough alone.

To my exes’ new girlfriends and wives: ladies, if you’re really that curious about me, reach out!  I’d rather be cool with your creeping than completely unnerved.  If that’s not your jam, please have the decency to use a fake account.  You don’t need him to block me.  You don’t need to control with whom he communicates.  The women before me prepared him to love you.  If your relationship is strong, it’s due in part to the fact that I made him ready to love you and that you’re a better fit together than we ever could have been.  The hell he and I went through together doesn’t negate the joy you have now.  It’s not in spite of it, it’s because of it.  We worked through issues together that have made him a more considerate boyfriend or husband for you.  They will hopefully have helped make me a better partner in my next relationship, too.

To my readers: If your man is communicative, caring, and observant, chances are there’s a mother, sister, or ex-girlfriend who helped him along the way.  There’s not a single ex-boyfriend of mine with whom I’d want to get back together, but I have a genuine interest in their well-being.  Don’t try to police your significant other’s communication.  If he’s friendly with his ex and a better man with you than he was with her, you might even want to buy her a bottle of wine.